When you get off the plane in Redmond, Oregon you first notice the smell. That area just sort of smells like Christmas.

We watched the semi-finals and finals of the the USA Climbing Bouldering Open National Championship in Redmond, Oregon. It was pretty great. The women’s final was especially spectacular with the drama going through the very end.

On Sunday, we went downhill skiing at Mount Bachelor. We mostly stuck to the blues, with McKenzie branching out to a black diamond during our last run. It was a good time, though the visibility dropped significantly in the early afternoon.

On Monday we went and visited Smith Rock. It was snowing and we didn’t bring any climbing gear but we managed to hike around a bit. Smith Rock is gorgeous and seeing it made me want to take a climbing trip to it. We finished the day with a brewery tour of Deschutes. This is probably the largest brewery I’ve toured. It was neat to see the bottling line running. 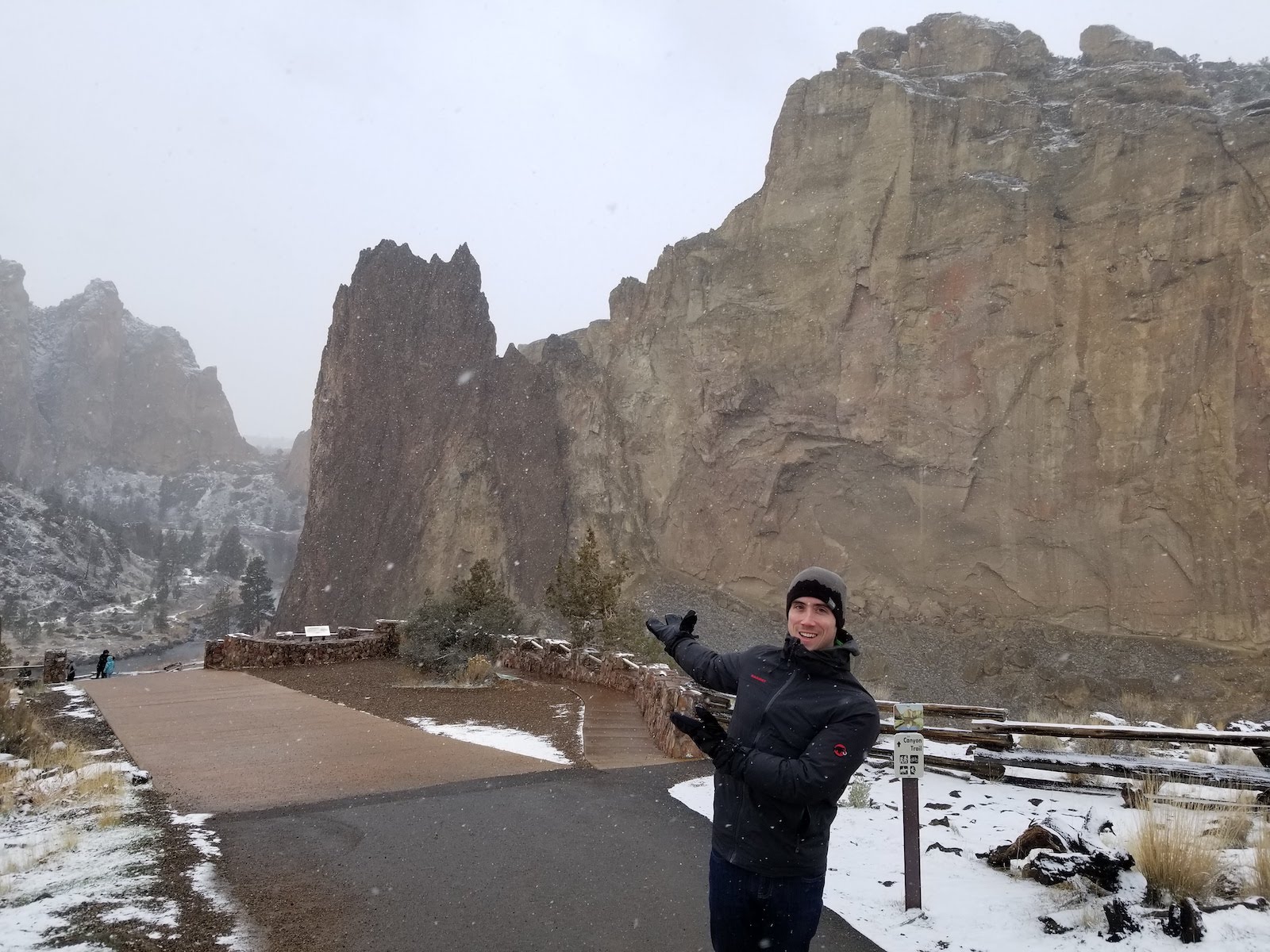